Celebrating 20 years of support to people with epilepsy in Canada 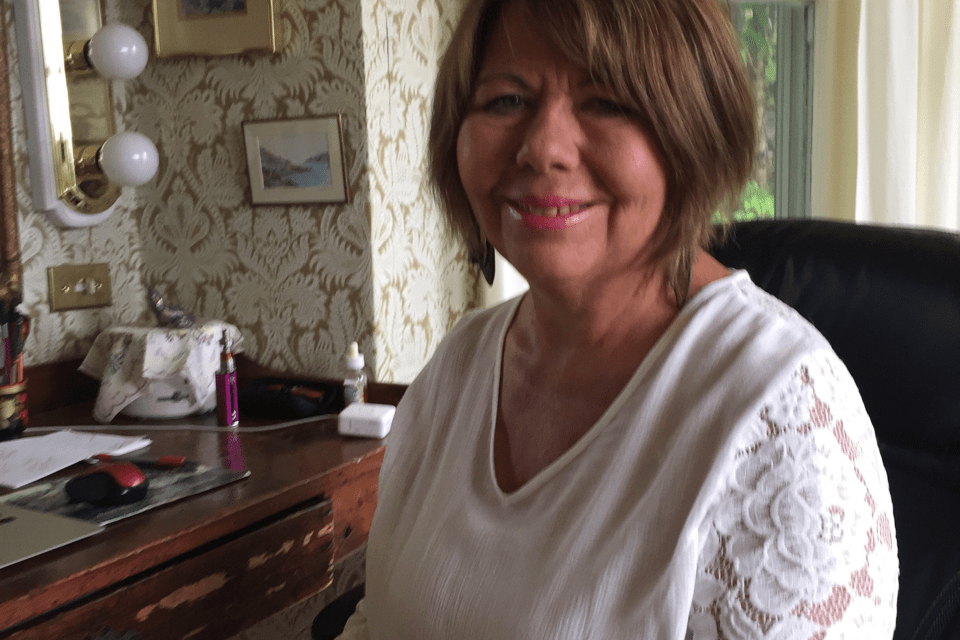 My name is Deirdre Floyd, and I am President of the Canadian Epilepsy Alliance. My epilepsy was diagnosed over 40 years ago. I was thirteen years of age when I first started to have seizures. I eventually had a diagnosis of having an unusual anatomical cortical dysplasia, now known as subcortical band heterotopia (see Emslie JG et al. Canadian Journal of Neurological Science 2011; 38: 758–9).

I am very familiar with some of the challenges individuals living with epilepsy face, on a daily basis, that go beyond just having seizures. So, over 27 years ago, I started volunteering with the Epilepsy Association of Nova Scotia, Canada and then served in various positions with the Canadian Epilepsy Alliance. Now, as President of the Canadian Epilepsy Alliance, I hope to help others living with epilepsy live a better life. This is a very special time to be President of the organization as we celebrate our 20th anniversary this year.

The Canadian Epilepsy Alliance/Alliance canadienne de l’épilepsie (CEA) was formed in 1998 to address issues of national importance to people living with epilepsy, to share resources, and leverage partnerships to help improve the overall quality of life for Canadians living with a seizure disorder. Our goal was to fulfill a need that was not being met for those living with epilepsy and for the Canadian Epilepsy Alliance to become the voice representing the needs that clients conveyed to us from coast to coast.

The population of Canada is over 36 million, and it is estimated that around 250,000 people living in Canada have epilepsy. There are 27 separate epilepsy agencies spread across the country that make up the membership of the Canadian Epilepsy Alliance, and all of which are listed on our website. We are a bilingual national agency so all our materials are produced in both French and English.

When we formed in 1998, we developed a constitution and bylaws and applied for charitable status, so we could become a national charity for Canadians with epilepsy. Representatives from epilepsy organizations from across the country met at the City Hall in Trois Rivieres, Quebec to officially launch the new Canadian Epilepsy Alliance/Alliance canadienne de l’épilepsie. We believed that, as an alliance and in working together, we would become stronger than we could ever be alone in our efforts to enhance the quality of life for Canadians affected by epilepsy.

As part of the launch celebration, we developed a Canada-wide survey on what people affected by epilepsy see as their most pressing concerns. The survey results helped to direct our ongoing efforts and keep us in touch with the real-life challenges of those living with epilepsy in Canada. Since then an additional survey was done to make sure our mandate and programs continued to address important issues for Canadians living with epilepsy. The foundation of the organization also coincided with the launch of the Global Campaign Against Epilepsy “Out of the Shadows”, which involves International League Against Epilepsy (ILAE), International Bureau for Epilepsy (IBE), as well as the World Health Organization (WHO).

The CEA has partnered with different groups that share a common goal of improving the lives of Canadians living with epilepsy. We work with the Canadian League Against Epilepsy, Neurological Health Charities Canada, and Matthew’s Friends, and we are a full chapter of the IBE.

Over the past 20 years, there has been a significant shift in how we deliver services to the public and clients living with epilepsy. Now, because of the internet, we can reach more people than ever before. With reference to epilepsy treatment, there have been significant improvements in diagnosis as well as treatment options for those living with epilepsy. Some forms of epilepsy could not be detected fully twenty years ago but, with the advancements of improved technology of magnetic resonance imaging (MRI) scans, electroencephalographic (EEG) machines going digital, as well as advances in epilepsy surgery assessment, more can be done to help improve the overall quality of life of people with epilepsy.

The CEA has a series of 12 booklets that focus on different aspects of epilepsy. The booklets are free; are sent to hospitals, schools, and clinics; and are used by all CEA agencies across Canada. Topics of the booklets cover Living with epilepsy, Women and epilepsy, A caregivers guide, and a children’s activity book to name a few. We have an advisory committee that reviews the material regularly to make sure the information is up to date.

We have a toll free number, 1-866-EPILEPSY, so clients can connect with the closest agency in their community. This provides easy access for all Canadians to gather information in relation to advocacy issues as well as educational programs offered in schools, workplaces, and communities at large. We have also produced several TV commercials that depict different types of seizures and were aired across Canada. These commercials are also used on our social media fora. The commercials cover various age demographics and show that not all seizures are the same. This has been a very successful educational initiative.