My anxiety held me hostage in my bedroom 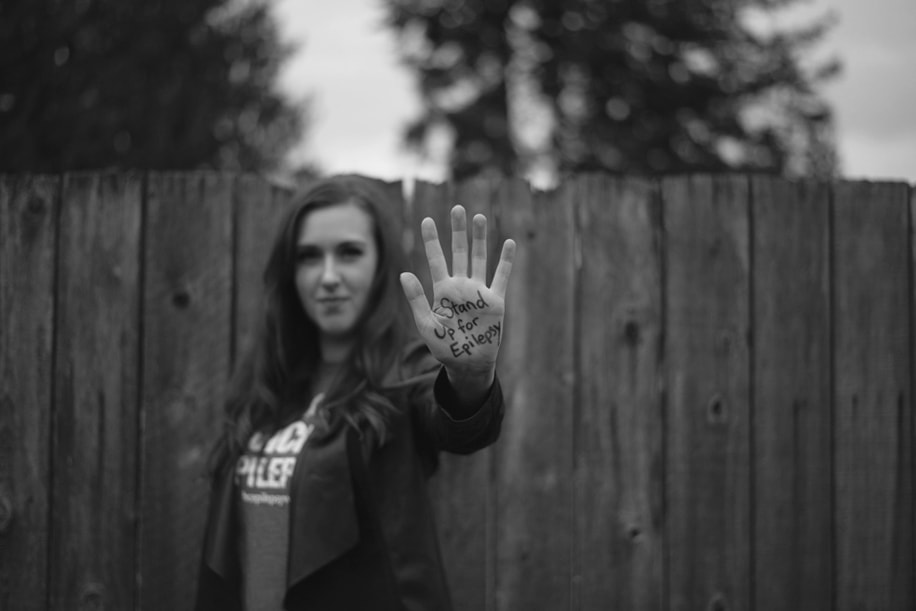 As President of the Canadian Epilepsy Alliance , I want to introduce you to Christine Jameison from British Columbia. Christine’s story is a great example of how living with epilepsy need not stand in the way of achievement !

I don’t remember when I had my first seizure- but I do remember the first one that truly altered my life. I was walking home from school early into my grade 10 year and all the sudden I couldn’t see. I couldn’t breathe, there was pain running up and down my entire body and everything seemed so loud. This was also the moment that my depression first grabbed onto me- though for the longest time I didn’t know the connection between it and my Temporal Lobe Epilepsy.

I didn’t tell anyone what had happened that day but over the next year, my downward spiral was obvious. I would have absent seizures daily that were accompanied by pain and an overwhelming fear. After this I would slump into an overwhelming depression. My anxiety held me hostage in my bedroom and my eating habits became disordered as a source of control.

In grade 12 I dropped out of high school. My parents helped me homeschool myself to graduation- but I couldn’t attend many classes. My life felt out of my control and I fell into a suicidal cycle. I was admitted to a treatment center for mental illness after a suicide attempt. I spent months in and out of treatment, and I am both thankful and sad about it. I am thankful to the center for keeping me safe, I am sad because I now have seen how broken our system is with things it doesn’t understand.

I am very thankful to my family for being so patient with me and searching for an answer. They laid with me endless nights, drove me to hundreds of appointments, and argued with dozens of doctors till I was properly diagnosed.

During in the summer after my grade 12 year a neurologist finally found the source of all my health issues, a small area in my left temporal lobe that does not process correctly. I learned that the ‘daydreams’ and memory loss was caused by Simple Partial Seizures. I was given a prescription of Topirimate and within 2 weeks my seizures greatly reduced.

In the past few years of my life, I accomplished things I never dreamed of during the darkest days. My disordered eating is under control, my depression mostly stays at bay, and my anxiety becomes easier to deal with. I graduated from both Capilano University and Simon Fraser University, been president of my sorority, run my own non-profit, gotten into the corporate world, and become an entrepreneur. I’ve learned anything can be accomplished with the support of the team around you.

In September 2016, I started developing very bad, sudden headaches daily – a feeling that someone was stabbing me in the head and lasts for around 20 seconds.. I was suddenly having multiple simple partial and grand mal seizures a week. Sitting in the neurologist office I didn’t know how to handle the news that my seizures had evolved and my medication that has worked for years no longer fully controlled them.

Little did I know that the reoccurrence of my seizures would mean that I would gain an amazing new companion in my life, a seizure alert and response service dog, a Chihuahua named Eva.
While service dogs are often associated with people who have visual impairments, seizure alert and response dogs are becoming more and more popular around the world.
Eva is trained to alert me if she senses a seizure coming on, bring me my medication, protect me from anyone trying to talk to me during a seizure, stop me from wandering during a seizure, sit on my chest to calm down the panic attack that can happen after a seizure occurs, and use an emergency button to call 911.
She has given me my independence back and allowed me to continue to excel at my life. In July 2018, I competed for and won the title of Miss British Columbia with her by my side.

Although epilepsy is often a source of frustration, anxiety, and near-despair, epilepsy in some ways has been my great asset. I have learned to accept the unknown, relish in
my small successes, and step out of my comfort zone to reach my goals. TLE allows me to see life in a unique way that I wouldn’t trade for the world.