“Normal” Is Just A Word 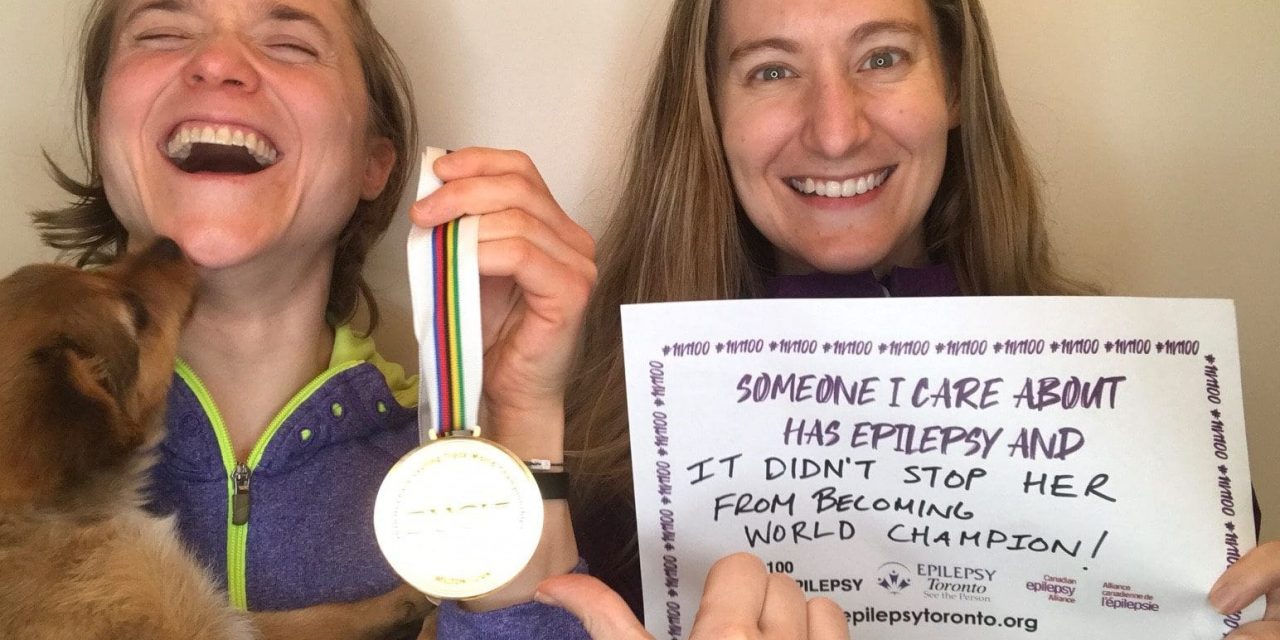 My name is Katie and the first thing you should know about me is that I love sarcasm. I’ll likely insert a lot into this little story- just a warning. I love nerdy science stuff- when I was about seven, I used my birthday money to buy myself a little microscope. I love music: playing, singing, listening (not that I’m very good at the first two, but still. . .) I love mountains; I tend to be a fairly anxious person and mountains are the stable and calm brought to my life. I like sports. I like to do speedy things; I was a bobsledder for about five years, then a track cyclist (I even got to compete at the Rio 2016 Olympics!) Oh right, I also have epilepsy. But that doesn’t make me me. I’ll tell you a bit of my story, but I’ll try to keep it short- I don’t want to make you read too many of my ramblings!

A little background: I am a Calgarian; I went to university there and while I was working on my master’s degree I started competing in bobsleigh. I competed in that for about five years and then was recruited to track cycling. I ended up getting to compete in the Rio 2016 Olympics, an experience for which I am very grateful. Anyway, moving along, I went through the 2016/2017 season. We trained in Pennsylvania in June of 2017 and then headed home for a couple of weeks in July. During a training session on the track in Calgary, I crashed. I’ve crashed before with nothing other than a few scrapes. This just happened to be the “perfect” (not really in a good way. . .) crash. I broke a few bones, but the main thing was that I hit my noggin; I had a traumatic brain injury (TBI). I was very fortunate in that I was able to recover a fair amount from this and begin training again, but about a year later I had my first seizure. After a few more seizures, it was deemed that I have post-traumatic epilepsy.

I was in the hospital with the TBI for about three months. I had brain surgery. I was told I would never ride a bike again, that I might never speak properly again, that I might never walk again, but I got to work with amazing people and had so much support that I was able to go back to training and racing. Even though I had gotten through these crumby things, having “epilepsy” made me the most unhappy I have been, perhaps in my life. I refused to accept it. I refused to see doctors for it. I refused to go onto medication. I denied it. I saw it as such an untrue, shameful thing to have. I would be shunned. I could not be the girl who survived this and then had a new, embarrassing thing like EPILEPSY. Ew. No way.

I fought it for a long time, but eventually, I did go onto anti-seizure medication. I don’t know what enticed me to start medication, but I did. Even on medication, which has had a huge positive impact, I still worry. At the start of taking it, I was terrified. I wouldn’t train. I was terrified I would have a seizure while I was asleep, so I didn’t sleep (not the greatest for anyone, but especially people with epilepsy). I didn’t want to have a seizure on the bus, so I would stay home… All. The. Time. But then, after a few weeks, then months of not having seizures, I grew more confident. I was going out, I was allowed to drive, I was training, my epilepsy was controlled. I didn’t have any more seizures after I started the medication. . . until I had a breakthrough seizure just past the one year mark. I was devastated and terrified. Things went back to how they were. I wasn’t driving, I wasn’t going out, I wasn’t training. I had moved past having epilepsy. It was gone, but now it was back. WHAT THE HECK?!

I would love to end this story by saying that I moved past it and got better and everything is totally back to how it was before I hit my head. Before I was diagnosed with epilepsy. The truth is, stuff isn’t back to normal. But over the last couple of years, I’ve realized that “normal” is just a word. My life will never be the same as it was, but that’s not a bad thing-things don’t need to stay the same all the time. I’ve realized that change is a part of life, good, bad or ugly, but that’s one of the great things about being human. I will always have epilepsy. I will likely have more seizures in my life. But what I’ve realized (or am trying to realize) is that that’s okay. Even though I have epilepsy, I am still the same Katie as I always was, the sarcastic rambling, speed-loving, music-loving, mountain-loving (and candy-loving ha!) human. I have been able to go back to training and competing; in fact, I won World Championships in 2020 and set two world records! I can do all of the things that I used to, to the same extent as I always have. My path to get there was different, but I am so grateful for it. Epilepsy is caused by brains doing things a little bit differently, but it’s still the same brain, the brain that makes me me. I have epilepsy, epilepsy doesn’t have me. Thanks for reading the ramblings my brain has to offer!