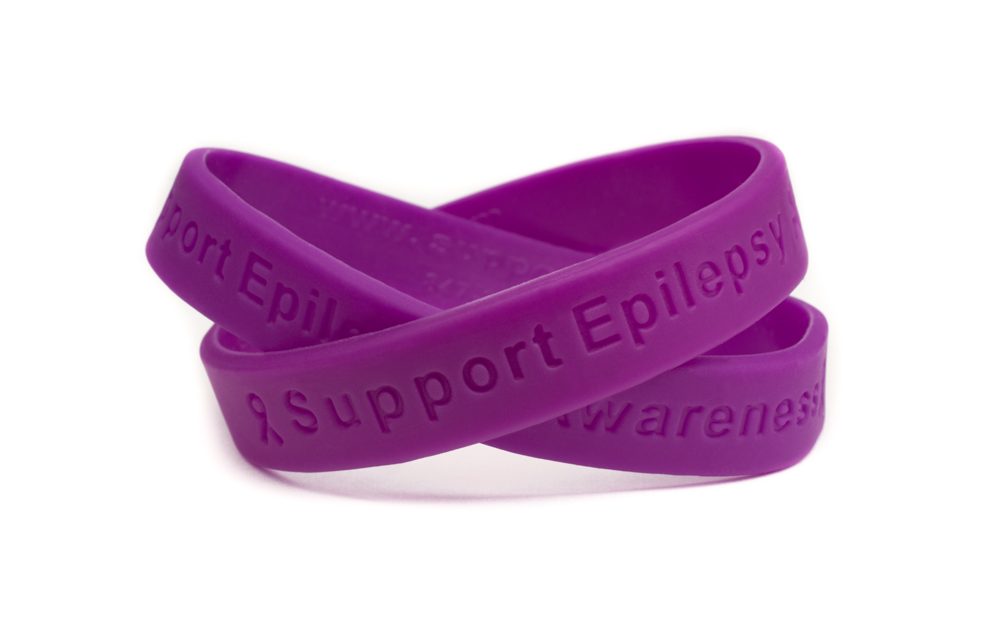 We’re bringing epilepsy into the light with our new lavender wristband. With OUT OF THE SHADOWS on one side, and our website on the other, we want to share with all Canadians that we will no longer hide in the shadows surrounding the disorder of epilepsy.

For too long people with epilepsy and their families have been hesitant to speak of their disorder publicly due to misconceptions that surround the disorder. Because no one spoke out, it was often difficult for the public to understand that individuals with epilepsy are no different than you or I, and that anyone who has a brain, has the potential to have a seizure. And so the circle of secrecy and shadows continued for a long time.

Why Lavender? Well, lavender is not only the internationally recognized colour associated with epilepsy and seizures, but the lavender flower has traditionally been a symbol for things that are hidden or isolated, much like epilepsy. Because epilepsy is often controllable with medications, it becomes invisible to most people, becoming something scary and unknown. It is by stepping out of the shadows that epilepsy will be understood, the stigma eliminated, and people who live with seizures more accepted.

If you would like to learn more about the Lavender OUT OF THE SHADOWS Wristband Project, please contact us. If you would like to purchase a wristband, or know a business who might be interested in partnering with us to spread the word about epilepsy awareness, please let us know as well.